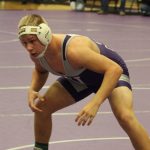 The Valley Center Hornets close out the 2018 portion of the season with a 3-0 AVCTL-II record after defeating Andover Central 51-24.  The Hornets were able to control the dual following pins from Ben Carver, Alyeus Craig, Chase Faimon, Quentin Kirk, Jake Sarbaum and Andy Alonzo.  The other Hornets to earn wins were Devin Delforge, 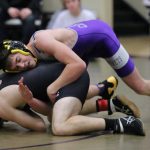 In the first home dual of the season the Valley Center Hornets put a bunch of team points on the scoreboard against the Maize South Mavericks.  What was as impressive, was the line up that stepped into action and produced the 60-20 victory.  In a dual against a young Maize South team, Valley Center were able to

Multiple Teams · Oct 10 Save the Date: Winter Warm Up

VALLEY CENTER HIGH SCHOOL– The 2nd Annual Winter Warm Up will take place Monday November 20th at the High School.  Wrestling will be in the Aux Gym and Basketball will be in the Main Gym.  There will also be performances by the Cheer and Dance Teams.  Admission is Free but you can purchase a walking 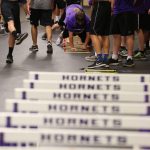 Click here to view 2017 Hornet Pride Session Calendar HORNET PRIDE- Grades 2nd-12th This camp starts June 5th and runs until July 27th. The Hornet Pride Summer Program is a weight and speed development program sponsored by the VCHS Athletic’s staff. This program is designed to increase speed, strength, agility and flexibility. It has a 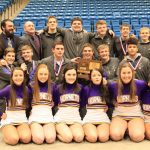 If you walk the halls of Valley Center High School you will find several familiar faces.  Faces of Seniors that are involved in multiple activities and athletics.  From the fields of football and soccer to the wrestling mats or theater stage the class of 2017 has had not trouble being front and center. It was