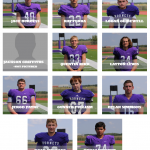 Each semester the Valley Center football program honors its top 11 student-athletes based on semester GPA. These young men epitomize what it means to be a STUDENT-athlete as their success in the classroom demonstrates their ability to balance the demands of academics and athletics. Valley Center Hornet football is proud to announce the Fall 2018 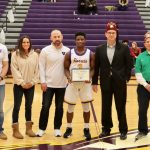 Larry Wilson will be the fourth consecutive Hornet to don green and white when the West Squad takes the field for the 46th annual Kansas Shrine Bowl Game in Dodge City on June 8th, 2019. In his senior season in the Hornet backfield, Wilson ran for 732 yards, averaging 4.55 yards per carry, led the team 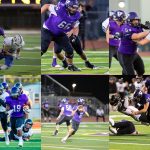 Six Hornets were named to the 2018 AVCTL Division II All League Football Team. Larry Wilson (SR) was honored as the league’s offensive MVP, 1st team running back, and 2nd team special teams (returner).  Despite being the focus of most opponents’ defensive game plans, Wilson ran for 732 yards, averaging 4.55 yards per carry, led 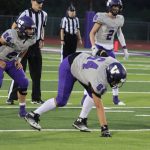 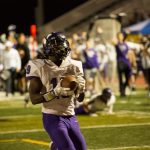 Tonight we host Maize South for Alumni Night.  We will be taking donations for Elliott Ortega of Valley Center and Madalyn Rodell of Maize South High School. Prior to the game we will recognize the 5A State Tennis Champs, Libby Schurle- 5A State Javelin Champion, and Aaron Coash- Les Anderson Scholarship Recipient.  We will also have 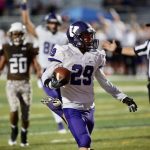 The Valley Center Hornets defeated the Garden City Buffaloes on the road 41-20. Senior quarterback Parker Schrater was 11 of 19 passing for 309 yards and 3 touchdowns. Zach Willams was on the receiving end of 4 Schrater passes totaling 126 yards, including an 85 yard touchdown strike in the first quarter. Amado Carillo caught 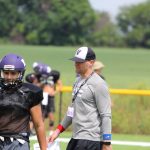 VALLEY CENTER HIGH SCHOOL —  (Journalism Club) This fall Hornet alum Scott L’Ecuyer takes over the Valley Center football program.  He steps up after serving two seasons as offensive coordinator under coach Caleb Smith.  Coach L’Ecuyer is excited to get things started and get to work with his staff and build off of the recent