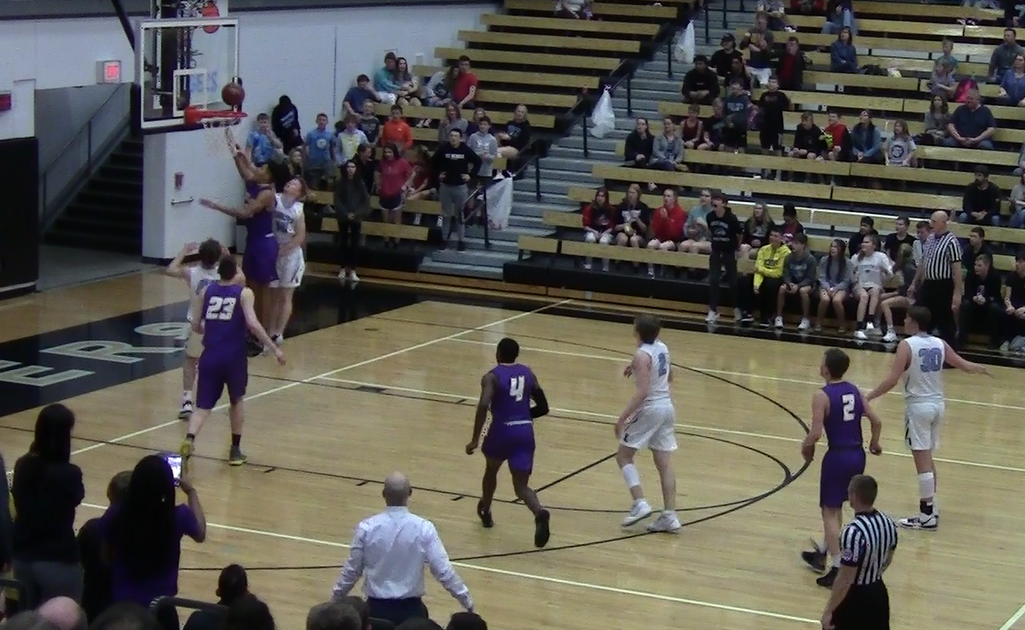 EISENHOWER– The Valley Center Hornets upset #3 Eisenhower 55-52 to advance to sub-state finals Friday at Kapaun. The Hornets started fast racing out to a 9-2 lead. Jakob Byrne had 2 3’s an Eli Isaacs had 9 points and defensively Braydon Gray provided rim protection and the Hornets only trailed by 3 at half.

In the second half the Hornets played even better defense and got great looks offensively to take the lead going into the 4th. With the score tied late Isaacs hit Gabe Phillips on a backdoor cut and the Hornets had a 2 point lead with 30 second left. After Eisenhower went 1 of 2 from the FT line Phillips hit two FT’s and Eisenhower’s 3 to tie the game missed and the Hornets won. This was the first playoff win in long time for the Hornets as they now play Kapaun for a chance to make State since 2002.

The Hornets were led by Isaacs with 17 points. Byrne had 16 points including 4 3-pointers.