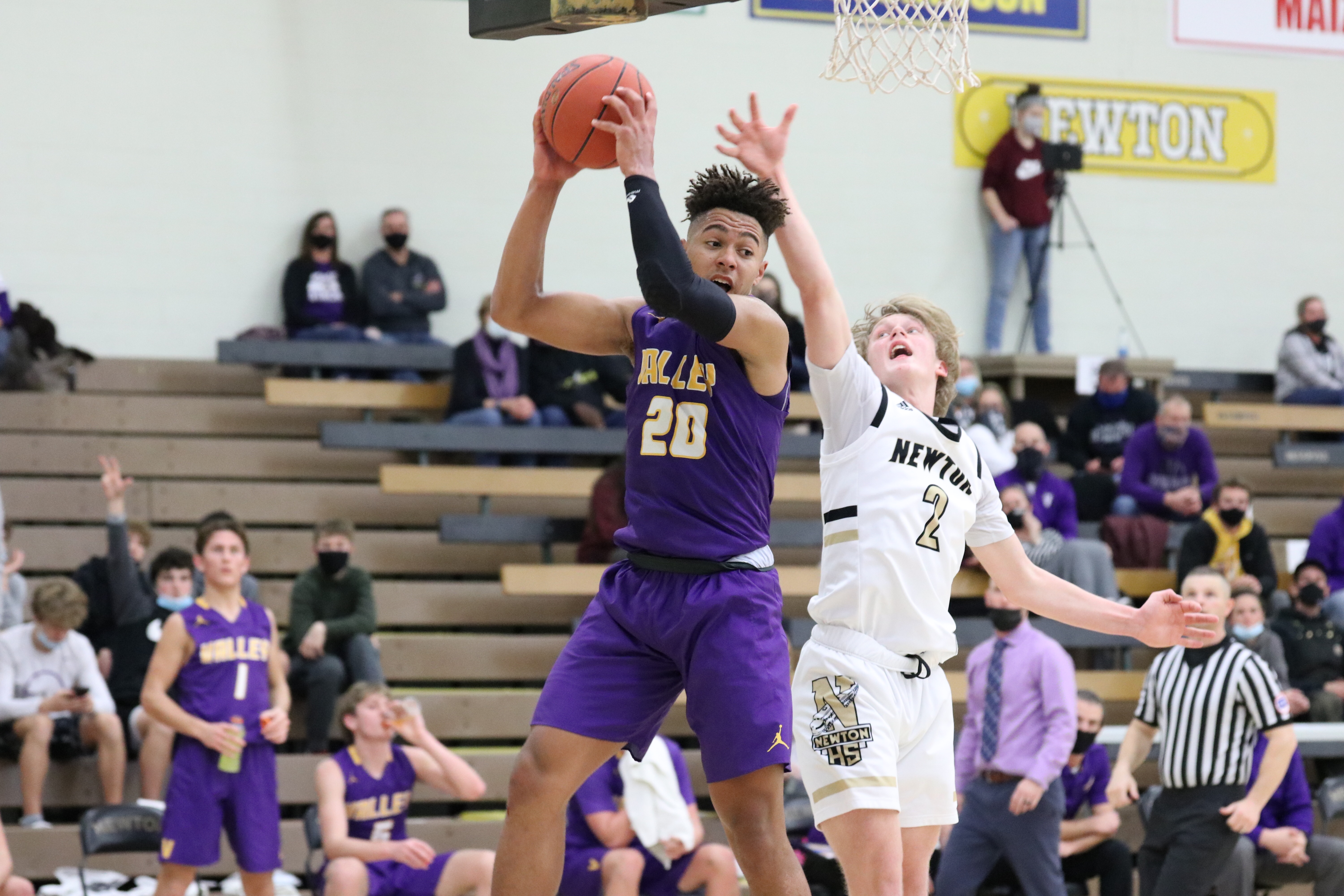 NEWTON- The Valley Center Hornets Varsity Boys basketball team moved to 6-1 on the season with a 64-46 road victory at Newton. The Hornets pushed the tempo all night in transition racing out to a 31-16 halftime lead. The Hornets caught fire again in the 3rd quarter with steals leading to transition 3’s and easy layups. Gabe Phillips lead the team with 19 points and 12 rebounds. Eli Isaacs had 16 points and 5 steals. Braden Dalrymple had 8 rebounds to help the defensive effort along with Kaleb Harden taking two charges.
The Hornets play Salina Central Tuesday at Home

The Valley Center C team basketball team played Newton on Friday night. The team lost to Newton, 54-47. The boys were up in the first quarter 13-7 after playing tough defense and getting out in transition. The 2nd quarter was just a bad quarter for the team. Newton had a player get hot from 3 and we allowed Newton to come back into the game. I was extremely happy with the team’s effort. We just weren’t able to make shots when we needed to in order to take the lead and win the game. Scoring for the Hornets: Hank Welu 12, Max Preheim 8, Asthon Molello 7, Caleb Saner 7, Sam Eldridge 7, Josh Haily 4 and Trace Emig.