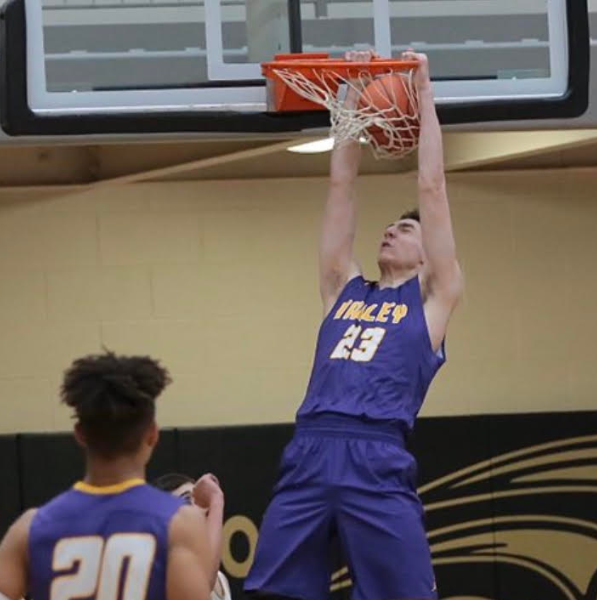 MAIZE SOUTH- The Valley Center Hornets lost 73-67 on the road tonight at Maize South. The Hornets were led by Jakob Byrne with 26 points. After leading most of the 1st half the Hornets couldn’t respond when the Mavericks made a run late in the 2nd quarter and into the 3rd. The Hornets drop to 7-8 on the season and host Hutchinson Friday at home.

Freshman:
The Freshman boy’s basketball team lost a tough one Tuesday night 48-46. The Freshman boys fought extremely hard throughout the game. The team had chances at the end to take the victory but unfortunately was unable to complete the game. The team played really well on the defensive end. Our man to man defense has improved immensely throughout the year and again today was another example. The Hornets were led in scoring by: Eli Lefto 15, Joshua Haily 9, Jacob Rutschman 8, Max Preheim 8, Ashton Molello 4, Tate Tyler 2.

JV:
The JV boy’s basketball team beat Maize South Tuesday night 57-52. After playing to a 13-13 tie after the 1st quarter, Maize South went on a 13-2 run. Zack Romig hit a three at the end of the half to reduce the deficit to seven, at 29-22. The Hornets found new life in the 2nd half taking the lead 37-34 at the end of the 3rd quarter. Leading the Hornets in scoring were Kade Wilson and Noah Simmons with 14 points each. Others scoring: Zack Romig 11, Hunter Stacy 8, Sam Bass 7, Braden Dalrymple 3.